Esper Hero is a solid archetype that has been floating around Standard for several set release now, and it has some interesting tools to consider in Theros Beyond Death. 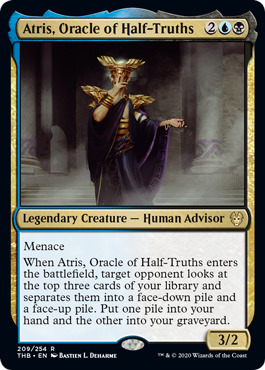 Atris, Oracle of Half-Truths seems like a much better card-advantage multicolor 4-drop than the Basilica Bell-Haunt that people used to play in this deck, although that could still be played as a sideboard card. The enters the battlefield ability on Atris is almost always better than just drawing a card, as you will have the choice on either taking two pieces of cardboard or getting the best of three cards (unless your opponent is sicker at mind games than you!). 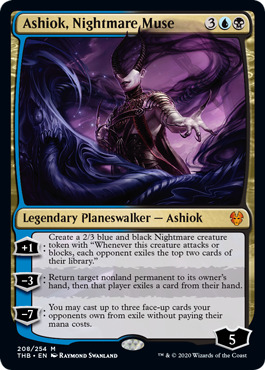 Ashiok, Nightmare Muse is a new planeswalker that received mixed reviews at first but seems to be quite powerful. Ashiok can immediately protect itself by impacting the board in multiple ways, and as we've learned in the past this is the recipe for success for planeswalkers that cost five or more mana. 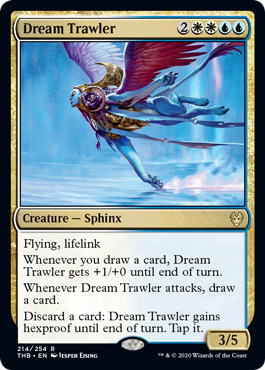 Anyone who has cast this card, sat across from this card, or read our article on Blue/White Control knows how much to respect Dream Trawler. Although much of this deck is stuffed with "must kill" type creatures that demand point removal, Dream Trawler can simply ignore all of that and win you the game on its own.

After the flashy new multicolor cards, (and Elspeth Conquers Death just because it's so darn good), the core of the deck remains the same. The cheap value creature Hero of Precinct One combined with cheap multicoloed interaction like Thought Erasure, Tyrant's Scorn, Mortify, Dovin's Veto, and Oath of Kaya will always be a solid midrange strategy while these cards remain in Standard. The nice thing about playing this deck is that you'll have game against just about everyone and can always tweak your 75 to attack a specific metagame as the format develops.